We were very lucky to have a bright sunny day when we assisted the Stanley Park Ecology Society in planting the large area that had been cleared and levelled. We were able to complete the entire area and in the process used no less than 24 baskets of sphagnum. We were delighted to have Loretta Woodcock join us as funding for this project was due to her efforts with the Vancouver Parks Board. (thanks to Susan and Loretta for the photos) 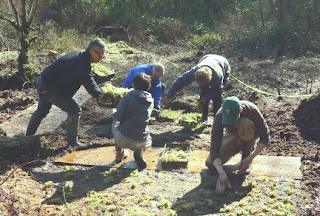 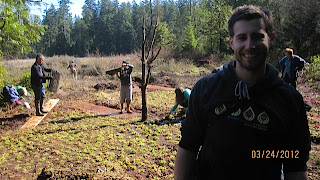 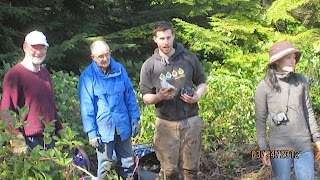 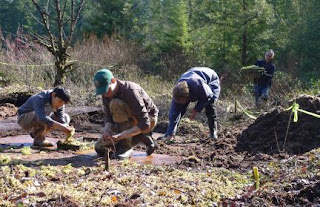 Bog Buddies wrote poems! Read about it in BC Green Games

Last year,  local biology students led a a tour of the bog for elementary students.   In response, Ms. Cultum , the teacher of the elementary students led her class to write responsive poetry.  A sample is published below.   A description of this project was summarized recently by the biology students in their BC green games entry.   BC Green Games is an inspiring gallery of the scope of sustainability projects led by youth in BC schools. 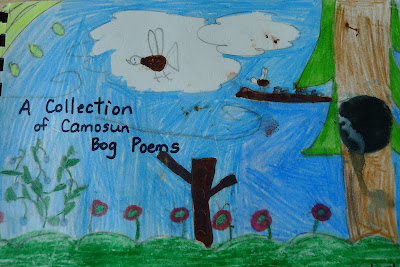 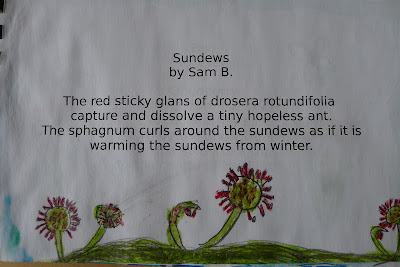 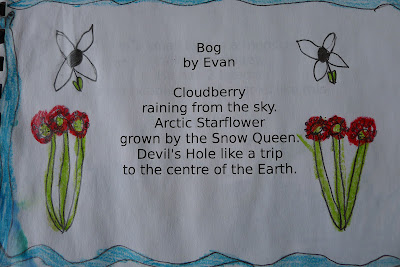 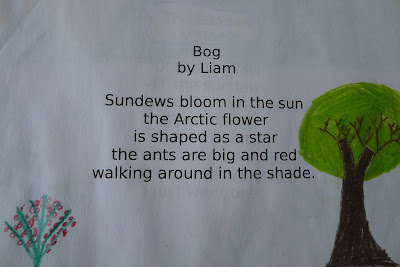 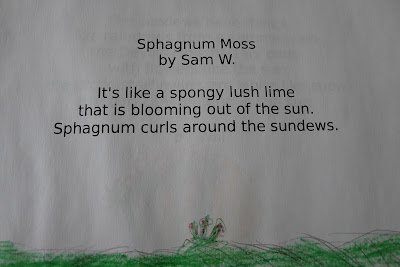 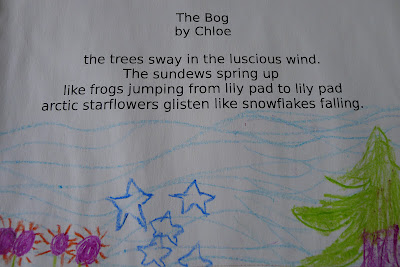 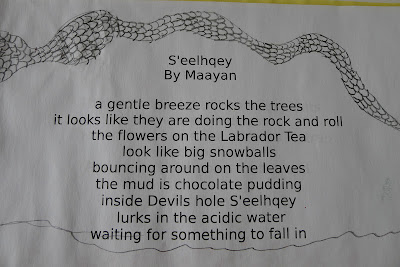 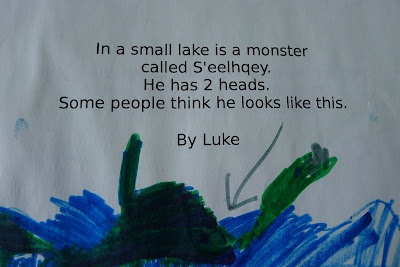 If you go to the back of the bog, to the area that was cleared in the early 2000's, which is now covered in mounds and hillocks of sphagnum moss, you will see a most interesting organism. It looks like greenish-grey dust covered in pink spots. It's common name, I kid you not, is Fairy Puke. 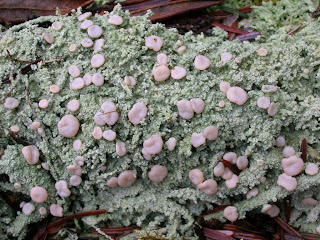 The scientific name is Icmadophila ericetorum. Fairy Puke grows on rotting logs and stumps. It is a lichen. What is a lichen you say? A lichen is a fungus that has discovered agriculture. The fungus provides a habitat for a photosynthetic algae to grow, and in return, the fungus receives sugars from the algae so it can grow and reproduce.
The body of the lichen is blue-green because of the colour of the algae. The pink structures are the reproductive structures of the fungus, called apothecia. They are somewhat cup-shaped and spores are produced and released from these structures. So now you can say you've seen Fairy Puke!
Posted by Emma H at 12:58 PM

Work parties have started every saturday at the bog! All intrepid boggers aged 16 and up are welcome to help out at Camosun bog: dress in layers, rain boots, and be prepared to be covered in peat.
Hi Crazy Boggers:
I hope everyone had a good week and are just raring to get back to the bog. We will continue the heavy slogging removing salal roots, trimming around the blueberry bushes, digging them up and finding a new home for them in the area we have been clearing.
Looks like we will be accompanied by wet weather but with any luck maybe the weatherman will be wrong.

The Camosun bog Restoration Group and Co-design Group will be engaging the Killarney Community to envision the ghost of a bog that once thrived in this neighbourhood. And artist Pat Beaton, organizer of Earthmakers, will then lead a community art project where participants create prints for a community mural. For details on this free event, click on the picture : 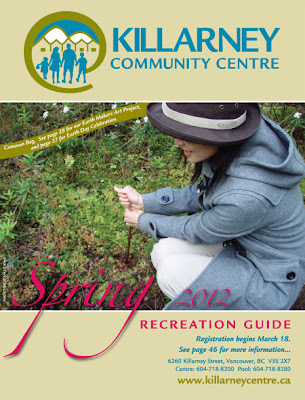 Laurence Brown did some preliminary research on Killarney bog and, by examining some fascinating archival maps,  this is what he discovered:

Most of our knowledge about the Killarney bog comes from surveys of the Fraser River lowlands carried out by the Royal Engineers between 1858 and 1880. These observations are consolidated in a map drawn up by North, Dunn and Teversham. The portion adjacent to the Killarney bog is shown below 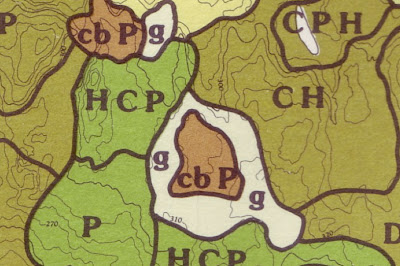 The surveyors reported the central area as having organic soil. This would be either peat from sphagnum moss or partially decomposed sedges and rushes. The surface vegetation was reported as Labrador tea and cranberry. The surveyors called this a marsh but we would call it either a bog or a fen. The area round the bog was covered with grass. There is some possibility that this area was burnt by First Nations in order to improve the cranberry crop.
A contour map of the area adjacent to Killarney park is shown below (VanMap from City of Vancouver website) 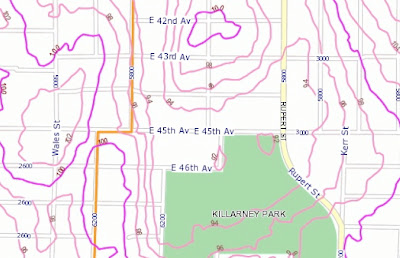 The area forms a bowl with lower areas trending north from the east and west edges. These form two of the headwaters of Still Creek (see “Lost Streams of the Lower Fraser Valley” published by DFO). It seems likely that the original bog occupied the area roughly below the 94m contour.
I have combined the two maps below 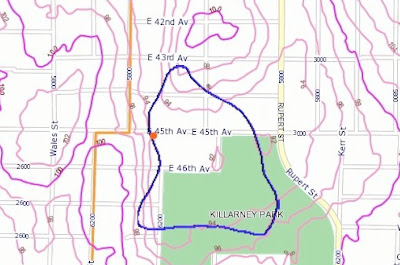 The match is not particularly good but given that there has been 150 years between the two surveys and a lot has happened in this time it is not too surprising.
Interestingly, a quick survey of the area showed a construction site (see red dot in map above) with indications of some peat in the excavation
Laurence Brown
June 6, 2011