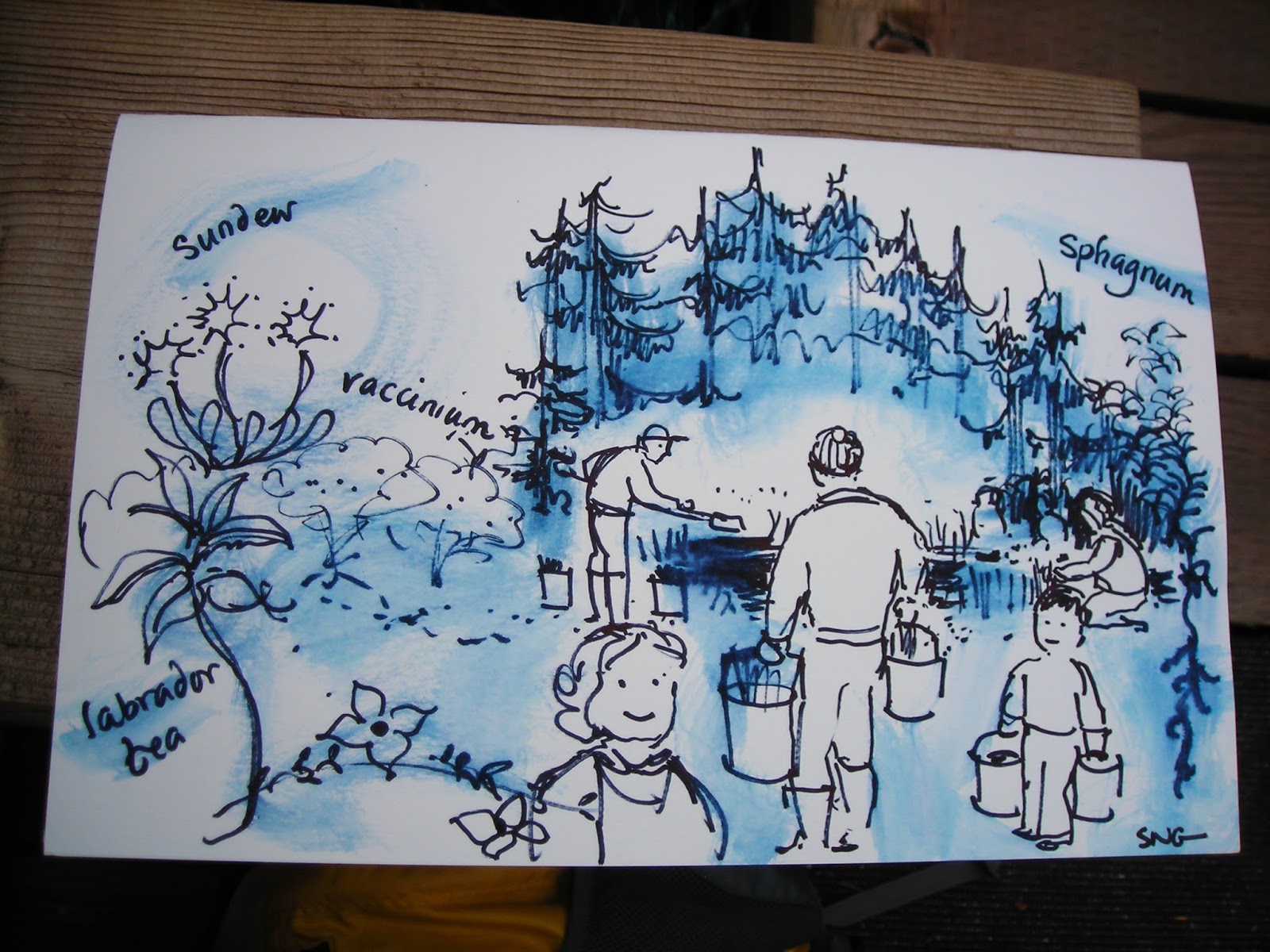 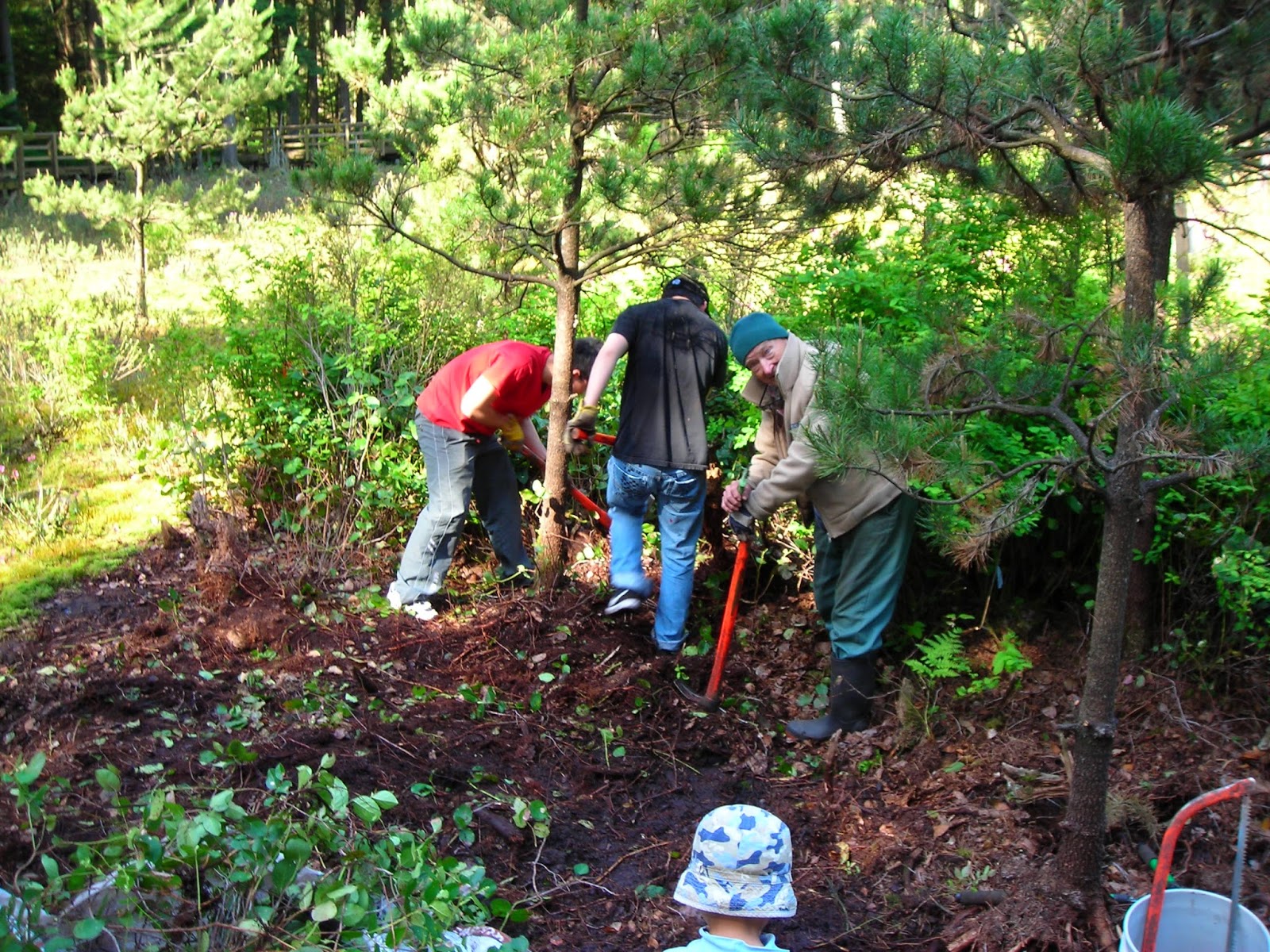 I am sorry to report that Denis Underhill passed away peacefully this morning, June 20th.

Denis was the heart and soul of Camosun Bog and loved the place. He grew up in the area and saw the changes in the bog over a period of almost 80 years. He was a member of the Crazy Boggers for the last 12 years. He used to regale us with all sorts of stories about the early days – playing hockey on the pond in the winter, building a raft to float on it in the summer. The name “Devil’s Hole” originates from him pushing a stick into the pond and never reaching bottom. 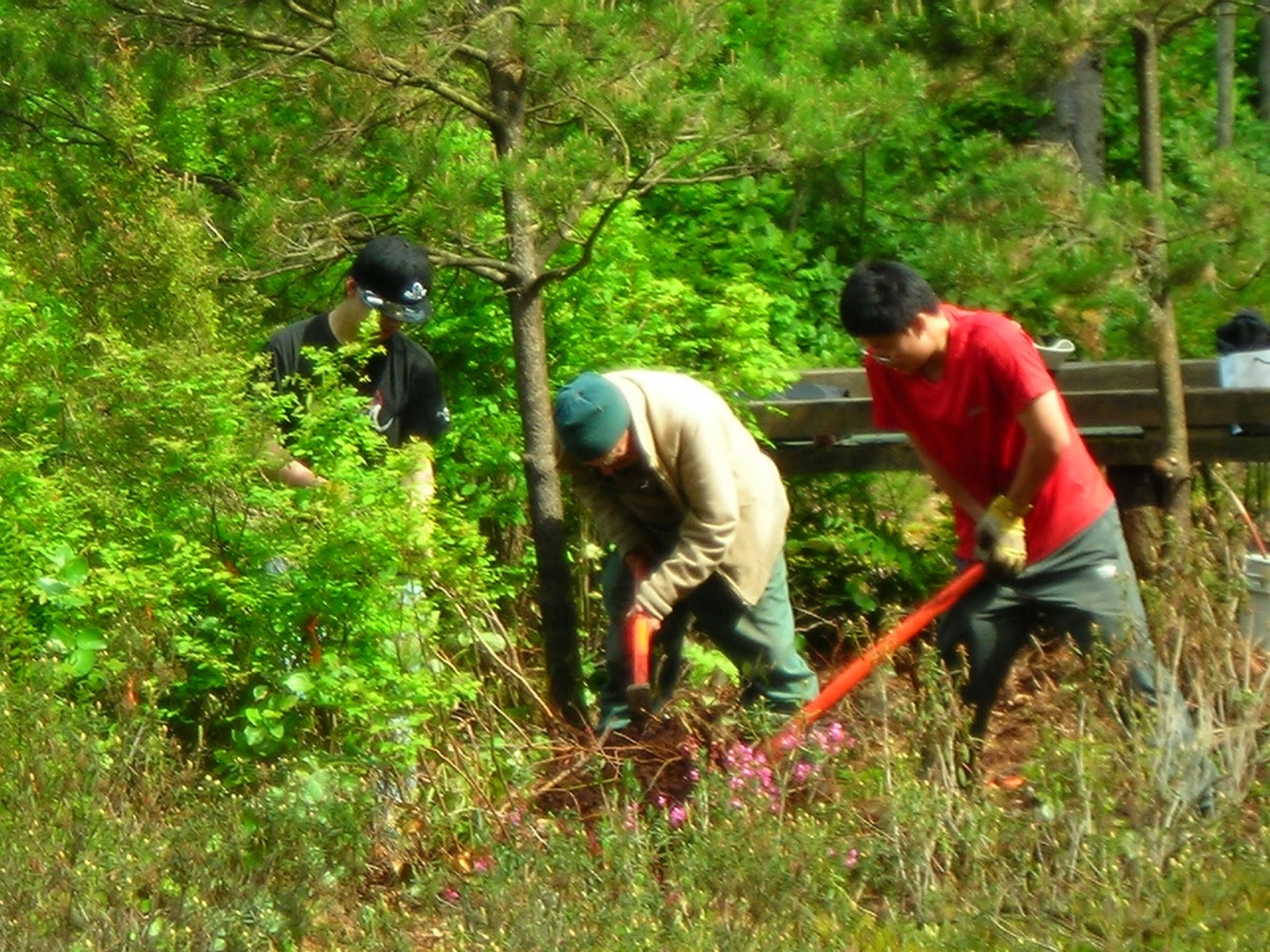 We learned so much from him. He was a first rate naturalist and enjoyed sharing his knowledge with us. He was one of the most observant people I have ever met. He discovered the Camosun blueberry in the bog – a variant of oval-leaf blueberry that was always in the bog but had not been noticed before.


Denis had remarkable practical skills. He was always able to devise simple ways of doing complex activities. He loved taking out enormous stumps from the bog using nothing but levers and block and tackle. The Underhill hook is a classic, made from the wire in old election posters, bent and hammered to make the perfect tool for removing long salal roots. He enjoyed our bin-loading sessions when he acted as traffic policeman guiding wheelbarrows in the most efficient way possible.

He certainly did have definite ideas about things and did not hesitate to express them. I was not always in agreement, but many times I had to admit he was probably right – we did have to remove pine trees, we did have to take out some Labrador tea bushes.

He maintained a youthful enthusiasm for everything he was interested in, be it plants, bugs, stamp collecting, electricity, Honda civics. It was this quality that excited young people and they loved being with him. He had so many stories to tell them. He got youth working incredibly hard – digging, taking out stumps, pruning. They would end up hot and sweaty, often covered in mud and really having a great time. 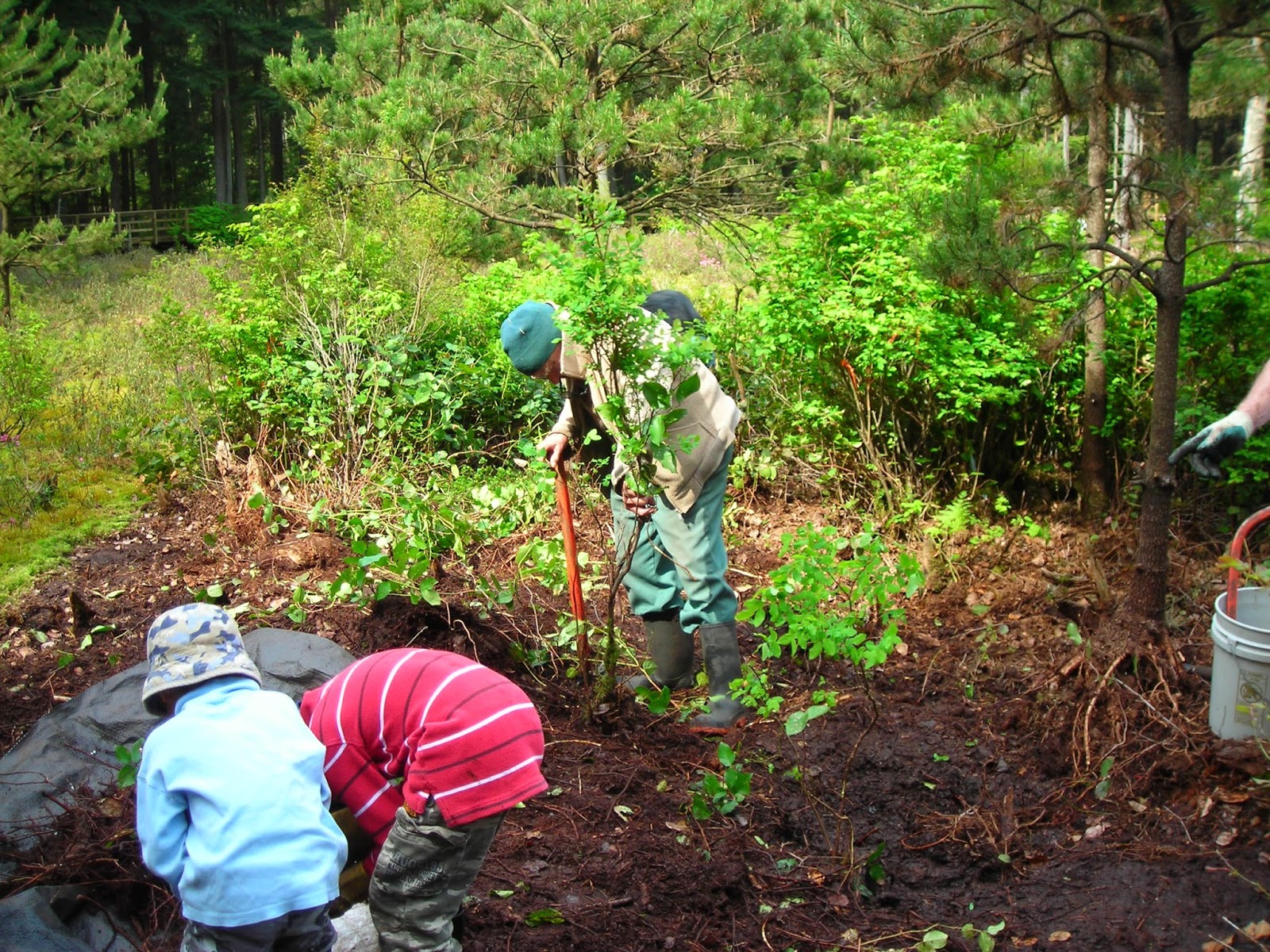 Denis was involved in several other activities in Pacific Spirit Park. He worked on removing ivy and holly bushes. He was proud of the 15ft high holly bushes he could take out. Again young people flocked to him. He had a love-hate relationship with Japanese knotweed and was very proud of the high quality compost he was able to make from its roots.

Much of the success of the Camosun Bog restoration is due to the involvement of Denis. I am very pleased that his family is installing a bench in the bog in his memory. It will help to remind us of everything he did for us in the bog.

Farewell old friend. We will miss you so much.
--Laurence Brown, Camosun Bog Restoration Group
Posted by Susan at 7:36 PM