Where do you go to flex some muscle in the city?  Try an urban bog: the wilderness in the heart of the city  12 students from Prince of Wales Secondary came out to join the crazy boggers for an energetic "Bin Day" 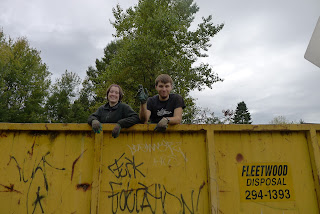 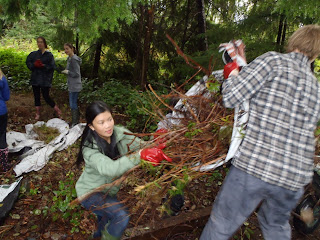 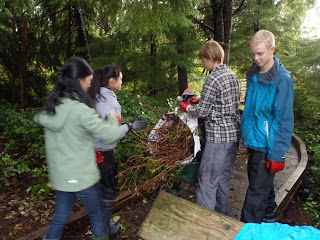 I am saddened to report that Sig passed away on October 15 at the age of 87.

He was a good friend of the bog. As one of the original “Crazy Boggers” he helped develop our test bog in 1997  He was responsible for the first area to be fully restored, the area we now call Sig's Site. He put in many hours of work on the bog right up till 2007 when ill health forced him to stop. He continued to visit the bog when he could and I know he found peace and solace in it


Sig was a friendly and outgoing person and really enjoyed talking to visitors to the bog. He loved nature and one of his passions was planting trees. He planted many conifers throughout Pacific Spirit Park, often without official permission! He was a director of the Pacific Spirit Park Society and was renowned for giving away trees to everybody attending Night Quest. He enjoyed working with young people and this was one of his particular pleasures in the bog. He was heavily involved with the Evans Lake Forestry Camp at Squamish which combined his love of trees and of young people.

His last few years were difficult as he developed Altzheimers Disease. His devoted wife, Pearl, continued to look after him at home. However she passed away this year and last month his sister Margaret also passed away.

We have a lot to thank Sig for. Without his untiring work our restoration would be at an earlier stage today

Farewell old friend – we will miss you

Posted by Laurence at 9:06 AM Links to this post

Despite unrelenting rain, 26 educators gathered for our second annual October Pro-D.  Our bog hats off to these teachers and youth leaders who were undeterred by damp weather.  We were out for 4 hours after which, Issaku brought hot tea and treats for everyone to warm up with!  This Pro-D was a potluck collaboration of CBRG, Metro Vancouver Regional Park Interpreters,  VSB teachers and The Co-Design Group.  We thank all the participants for coming! 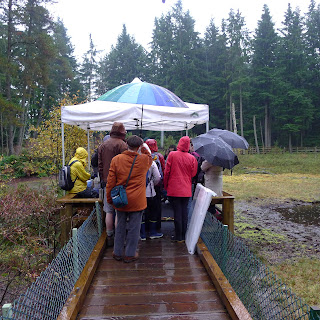 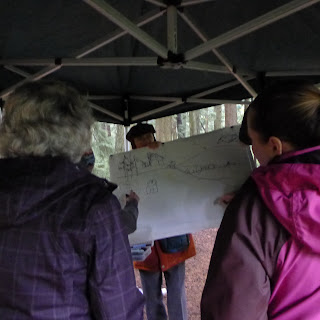 Come one, come all, bring your own gloves and haul the big pile of invasives into the rented bin.  The more the merrier and the faster it'll go!  Twice a year, CBRG rents a bin and remove a pile of tree stumps, blackberry bushes (ouch!), huckleberries, salal that builds up over months of restoration work.  An uber-work party followed by snacks and tea. 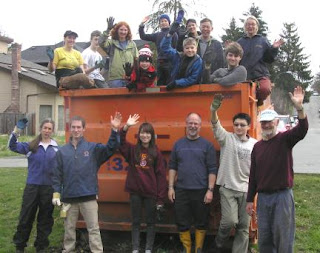 The mushroom season is upon us!

I stepped into the bog today, since I haven't been there in a while and since I'm unable to come to any work parties this month. I'd like to share some mushrooms I saw. Both of these mushrooms are have beneficial symbiotic relationships with the roots of coniferous trees: 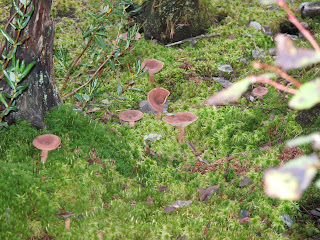 These were under the lodgepole pines in the western part of the bog near the 21st ave entrance. The genus Lactarius is characterized by a trait of exuding 'milk' when they get cut. That's right, they lactate! The milk is white in this species, but it can be red or clear in other species. The specific epithet 'rufus' refers to the red colour of the mushroom. 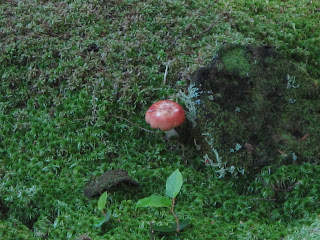 This one was on the far side of the bog, but I saw some old one's in amongst the Lactarius too. Russulas are known to have white gills (almost all have white stems) and they are known to be fragile and shatter easily.
Posted by Emma H at 10:20 PM Links to this post

Email ThisBlogThis!Share to TwitterShare to FacebookShare to Pinterest
Labels: mushroom

Two solitary bees, labrador tea, and jumping on a bog 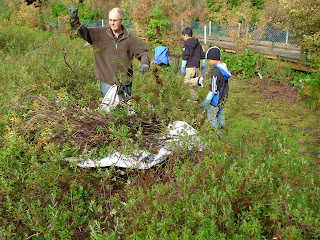 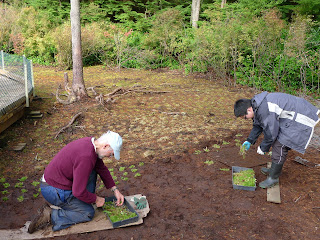 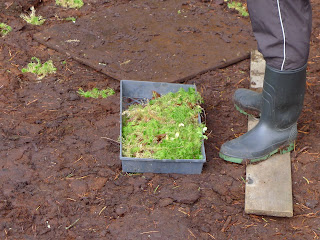